Fixing Cowboys Run Defense: Opposite what you may think 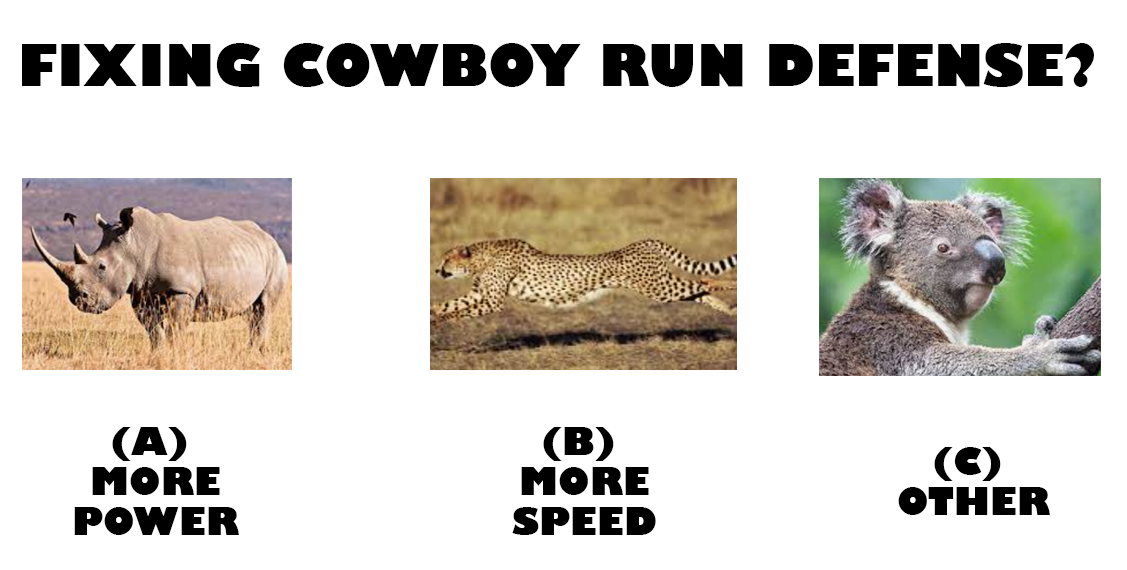 This thread will serve up surprises. When I discovered this…half of my brain detonated out the left ear. Goopy stuff. Smells funny.

Everyone knows the Bears ran for 240 on us Sunday! Our team's manhood was brought into question, right? Get on the phone quick, Stephen. We need a few more 350 pound DTs and maybe a couple 290 pound run-stuffing power linebackers. Fix this or playoff hopes are doomed. Right?

HOW DO WE FIX THIS!?

Here from All-22 and Pro-Football-Reference the mind-bending game data:

Let us summarize for emphasis:

Dallas mostly throttled interior runs, but was gashed on jet sweeps and QB scrambles! Big gains had little to do with the big bodies. 100% opposite most fan's assumptions.

To further explore here in this thread:

-Is the key to better fun defense a power issue, a speed issue…or something else?

-Who is to blame on the roster right now for lapses? How bad is this, really?

-Can I get brain goop re-implanted? Need all I got.

Discuss this on CowboysZone (119 comments)

Eagles fans versus fans of other teams

How I’ve Come to Peace as a Cowboys Fan